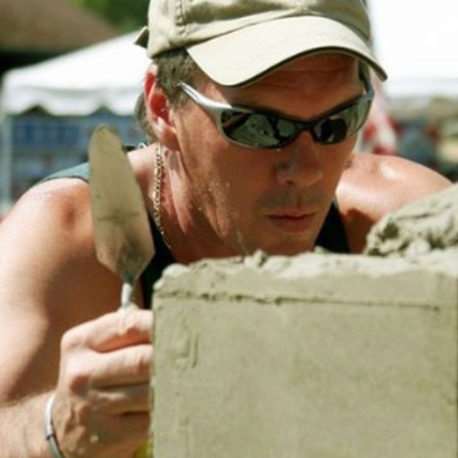 Charlie was born in Seattle. At an early age he was blessed by his parents when they leased a summer beach cabin during his youth. A premier home builder, designer, and real estate developer, he is an accurate, clean and polished sculptor. He has won 12 World Championship 1st place titles, has broken 7 Guinness book World Records, a bunch of American and Canadian National Championship titles ─ and many other prestigious awards, blah blah blah. He has been featured on multiple TV Shows ─ and hated it. He has sculpted all over the globe, working for many prestigious clients ─ and loves producing fantastic results for them. Charlie is the Director of the World Championships of Sand Sculpting.

Charlie is from Kingston, Washington and has been sculpting since 1989.