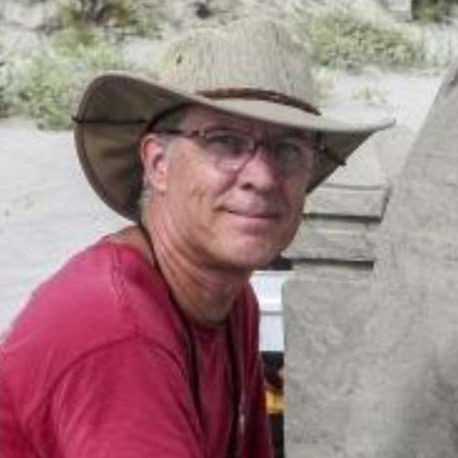 Todd’s passion for sand sculpting began in 1997 while on a family vacation to Virginia Beach. His wife and two daughters were mesmerized watching his first sculpture being created before their eyes. Since that day he has worked tirelessly to improve his art and entered his first competition in 2011 after 14 years of training and practice.  After several wins at the amateur level and three Advance Amateur State Championships, his wife and daughters aren’t as easy to please; they’ve seen it before! Being new to the masters’ ranks, competing in only his fourth masters’ competition, he hopes to bring something new and different that hasn’t been seen before.  Todd is married to his best friend and has had the privilege of watching his two daughters mature into beautiful young women.  Off the sand, he works as a Mechanical Engineer designing machines.

Todd is from Jamestown, New York