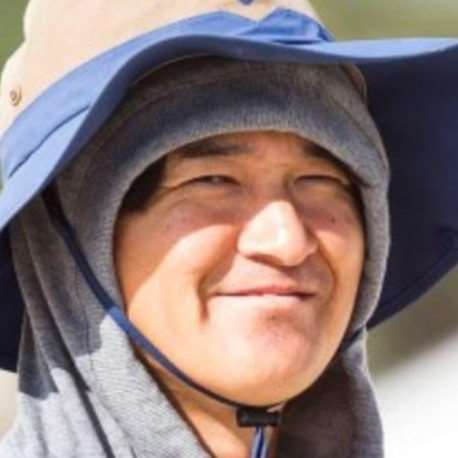 Now 40 years young, married with a beautiful daughter, Jihoon was born and raised in South Korea. He studied environmental sculpture at the University of Taijeon and has been dreaming of creating great sand sculptures all his life. For a number of years now, he’s actually been doing it. He’s performed at major corporate events and festivals throughout South Korea, and in Taiwan, Japan and Kuwait as well. Jihoon is a returning competitor at the event.

Very accomplished and quite well-known in his native land, he has invented and produces sand toys for kids and teaches the art of sand sculpture. Living his dream? Absolutely!

Jihoon is from Taijeon City, South Korea and has been sculpting since 2005